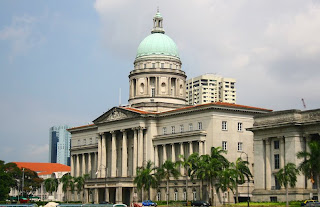 THE DEATH PENALTY IN SINGAPORE
Singapore had been described as the world’s hanging capital leading in the number of executions per capita. Each execution is carried out by hanging at Changi Prison every Friday at dawn. Crimes that constitute the death sentence include the following:

a. Waging or attempting to wage war, or abetting the waging of war against the Government
b. Offences against the President’s persons or treason
c. Mutiny
d. Piracy endangering lives
e. Murder
f. Abetting the suicide of a person under the age of 18, or an ‘insane’ person
g. Attempted murder by a prisoner serving a life sentence
h. Kidnapping
i. Drug trafficking
j. Unlawful discharge of firearms

The death penalty is applicable and mandatory for trafficking of: (source)

"I don’t believe in the abolishment of the death sentence."

According to polls, most Singaporeans wholly support the death penalty. This is not surprising because death penalty has its uses with the most common explanation being the deterrent factor.

In this case, cruel as the punishment may be, our campaign does not seek to abolish the death penalty, but to be able to effect change on the Mandatory Death section of the law. If the law allows for minimum 20 years and 15 strokes or death, judges will be able to exercise their powers to apply judiciary execution on the person or let him face the maximum life sentence with strokes.

What is the minimum age for death sentence in a capital case in Singapore?

What is the view of sgdeathpenalty on capital punishment in Singapore?

We are categorically anti death penalty, because statistics have not conclusively shown that death penalty is a deterrant factor to prevent crimes, statistically speaking. Certain states in the U.S.A. still employ the death sentence, but even those are meted out to the worst of offenders. Join us on Facebook at Singapore Anti Death Penalty Campaign.

Why is a teenager sentenced to hang for drug trafficking?

Singapore laws explicitly states that anyone above the age of 18 years is liable to face the ultimate penalty of death if convicted for drug offences of a pre-determined amount. Because Yang Wei Guang, at the time of arrest was 18 years 6 months old, he missed the exemption of the death conviction by a few months, making him one of the youngest people ever to face the gallows in Singapore. 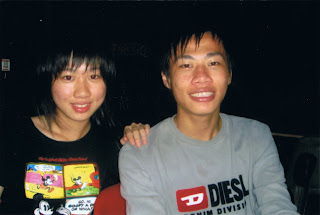 Vui Kong, with his sister in Sabah

What does the mandatory death sentence mean?

Mandatory death sentence is applicable to cases of drug trafficking of over 15g of heroin. The word “mandatory” in the section of law means judges have no discretion to apply a lighter sentence on the convict, even if the drug offender is a teenager or have other considerable mitigating factors.

In other words, judges have to strictly apply the law if the facts satisfy the requirements of hanging a person, i.e. above 18 years of age, 15g of heroin, et cetera, with no chance of considering other factors in play.

Why is it so difficult to pass the death sentence on Yong Wei Kong?

According to Yong’s petition for clemency that was submitted to the President, the trial judge, Justice Choo Han Teck, had called both the defence and prosecution into chambers before the commencement of the trial and noted Yong’s relatively young age at the time of the offence.

Justice Choo then asked the Prosecution to consider reducing the capital charge to a non-capital one. The prosecution declined.

We know from this that Justice Choo had taken into consideration Yong's age and bakground, but was bound by the rigidity of the law that he cannot impose any other sentences other that the surity of death. Which brings us back to the issue of the Mandatory part of the law applicable to drug traffickers.

The law is concise and rigid, with no regards to factors such as age, background of the offender and other special circumstances. That is why we seek to raise public awareness and support for the review and abolishment of the outdated mandatory death penalty for drug traffickers in Singapore.

This is absurd. How can a small group like you change the law?

Laws are never sacrosanct, they must change accordingly with time.

Streams will flow into rivers, rivers will flow into a great delta and eventually the little streams will make up the ocean. Singapore lawyers, such as human rights lawyer M. Ravi and the likes of prominent laywers K.S. Rajah have all spoken out fervently on the death penalty issue.

The Law Society is aware that this outdated section of the law needs to be reformed, but unless more Singaporeans understand and support the movement to effect change, it will be difficult for things to move and it is likely that more 18 year old teenagers will be sentenced to hang in the future.
at 2:53 PM